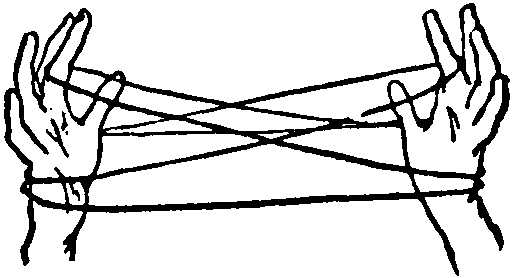 As per the writer Steve Almond, “Plot is the mechanism by which your protagonist is forced up against her deepest fears and/or desires.” This would seem to match up with Sigmund Freud’s theory of human nature that we’re all governed by…our subconscious fears and desires. Implicit in Almond’s definition is the tenet that plot originates with character. A character does something because they want something, or because they are afraid of something, and that action causes consequences that snowball and constitute an arc of rising action, action that frequently rises due to the character’s reaction to those consequences.

Ballads are poems and/or songs that tell stories, and in such condensed arcs one can often discern the elements of plot at work. Harry Chapin’s 1974 classic “Cat’s in the Cradle” is a compact model of character-driven plot. The first verse describes the first person narrator’s son being born, but the narrator isn’t around when the baby takes his first steps because he’s always working to pay the bills. When the son learns to talk, he declares “I’m gonna be like you, Dad.”

In the second verse the son is approaching adolescence. His father has given him a ball and he wants to use it to play catch with his father, but the father declines because he is too busy. The son does not seem to begrudge his father’s slight, and still declares that he will be like him. One single exchange represents the dynamic of the son’s entire childhood.

In the third verse the son is now home from college, so manly that the father is proud of him and now wants to spend time with him, but now it’s the son who is too busy. He asks to borrow the father’s car keys, signifying his desire to leave and spend time with people who are not his father. He no longer makes the declaration of likeness to his father that he did in the first two verses. The keys are a heavily symbolic object: the father controls and imparts the means of the son’s escape from the family environment.

As for the chorus, it is filled with images of young childhood:

And the cat’s in the cradle and the silver spoon
Little boy blue and the man in the moon
When you coming home, dad?
I don’t know when
But we’ll get together then
You know we’ll have a good time then

Cat’s cradle is a child’s game played with string, while the “silver spoon” is a well-known symbol for being born into wealth; “Little boy blue” is from a nursery rhyme, as is “the man in the moon,” as well as something children sometimes read into the moon’s ridged features. The selection of images that represent a boy and a man respectively is no accident; the juxtaposition of these images in fact encapsulates the entire narrative arc, both of the boy born to the man and the boy becoming that man. The repetition of the promise that they’ll have a good time when they get together reinforces that that time is not going to come; each time the chorus is repeated, the falseness of the words rings a little more clearly. By song’s end they still have not gotten together and had that good time, and the emptiness of the promise is fully realized.

The leaps in time the song makes between verses not only allows the writer to get in the arc of practically an entire life, but reinforces the father’s absence–entire chunks of his son’s life have slipped by without him being there to see it. The gaps in the son’s life that we don’t see shows us what the father doesn’t see, and dramatizes the frequency with which his son registers on his radar–it only occurs to the father to check in with his son periodically. The song’s handling of time also reinforces the nature of memory; at the end, the listener can almost feel the father looking back over his son’s life and honing in on the moments from the previous verses. It is notable that every verse except the first one presents us with a scene, a specific moment in time, while the first is general exposition about the period after the son was born. The handling of time in that first verse sets us up for how the song will handle time: the son is born “just the other day,” but by the end of the verse has already learned to walk and talk. Time flies, as the rest of the song will show. It thus raises the question, what will you do with your time? What will you prioritize?

When the son declares that he’s going to be like his father at the end of the first verse, it registers as admiration. But with the father around so infrequently, the only quality of his that the son can pick up on enough to emulate is his absence. While most fathers might want their son to want to be like them, when this father realizes his son is like him, it’s not a triumph, but a tragedy. The song takes a decisive turn between the second and third verses; in the first two, the son pursues spending time with the father, while in the second two, the father pursues spending time with the son. In both cases, the subject of pursuit does not reciprocate. The irony is that in both cases, the lack of reciprocation is the father’s fault. He chooses not to reciprocate when his son wants to spend time with him; when the son doesn’t reciprocate, we’re able to interpret that he’s doing so because of his father’s earlier lack of reciprocation–had the father reciprocated then, the son might have reciprocated now.

Here then, is the consequence of the main character’s action. The entire plot is a product of this father’s tragic flaw–his prioritization of work over family. In this compact narrative, much is left to the listener to deduce. From the first verse’s reference to “bills to pay,” one might infer that the character is not choosing work over family but rather work for his family. Perhaps this character’s desire that set this plot in motion was his desire to support his family, or, conversely, his fear of not being able to. The song then attains an extra level of irony if his fear of taking care of his family leads directly to him distancing himself from that family. What he does to help the family actually hurts it. No wonder this song’s such a tearjerker.

This song is a great model for a character study, and thus, for plot. Developing a character based on the lessons of this song, one might ask, what does my character prioritize? What is (the most) important to him/her? And then the question is raised, why are those things the most important to this person? The implicit answer is because of the specific events that have happened to him/her. A bottom up rather than top down approach seems best here: instead of starting with the priorities, start with specific events from the different stages of his/her life. This song provides four stages: childhood, adolescence, young adulthood, and mature adulthood. Exploring a scene from each of these different stages can help to isolate the character’s priorities, and thus, what kind of person they are, and thus, what kind of plot they might generate. If the plot is to push the character up against their fears/desires, the plot needs to lead the character into a situation where they have to confront those fears/desires. That is precisely what happens to this character: he needs to realize that prioritizing work over family is not the best way to spend his time, and this is the subtext of the surface realization at the end of the song that his son is like him.

The Simpsons’ reinterpretation of the song in their aptly titled episode “Labor Pains” from season 25 works on a couple of different levels that unexpectedly reinforce its character-based plot structure. Played out in an Itchy & Scratchy cartoon, the writers put a literal cat in a cradle when Scratchy shows up as a baby on Itchy’s doorstep. With the song providing the soundtrack, Itchy appears to be overwhelmed with love and does all the things the father in the song doesn’t do–he plays catch with Scratchy, teaches him to drive, takes photos of him with his prom date, and is at his college graduation. At this last he gives Scratchy a graduation gift, which Scratchy opens to reveal a bomb with a lit fuse. This is in accordance with the ongoing gag that Itchy has to kill Scratchy, but it’s also in accordance with the character-driven plot model: the character manifests a flaw early on, lighting the fuse on the figurative bomb that must go off by story’s end, forcing the character to recognize the bomb’s existence and suffer its consequences.