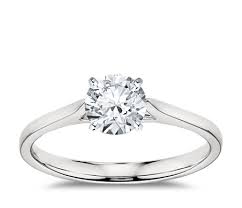 The initiating incident of Jane Austen’s classic Pride and Prejudice (1813) is when a young rich man, Mr. Bingly, buys an estate (Netherfield) near the Bennets, who have five daughters between the ages of sixteen and twenty-three, all roughly marriage-eligibility age. Mrs. Bennet wants her eldest, Jane, to marry Bingly. (Jane and the second eldest, Elizabeth, seem to be the daughters with the most sense.) They go to balls at Netherfield and everyone is generally appalled by the cold manner of Mr. Bingly’s good friend, Mr. Darcy, while a relationship seems to be developing between Jane and Bingly. Meanwhile, the girls also go visit the town nearby, where there are many officers to socialize with because a regiment is stationed there. Elizabeth meets Mr. Wickham, whom she considers much nicer than Darcy and who tells her a story about how Darcy cheated him out of his inheritance. Then, after one ball where the impending engagement between Bingly and Jane seems almost certain, Bingly leaves for London for business and ends up not returning for months.

After Bingly leaves, a cousin of the family, Mr. Collins, who’s been estranged because the Bennet estate has been “entailed” to him instead of the Bennet daughters, attempts a reconciliation with the family and proposes marriage to Elizabeth, but she turns him down, since he’s rather pompous and obnoxious, going on and on about his patroness, Lady Catherine de Bourgh. Collins then immediately proposes to the daughter of the Bennets’ neighbor, Charlotte Lucas, who accepts. Elizabeth eventually goes to visit them at Charlotte’s insistence, and they have several dinners with the even more pompous Lady Catherine, who turns out to be Darcy’s aunt. Darcy eventually comes to visit Lady Catherine with his cousin, Colonel Fitzwilliam, who lets it slip to Elizabeth how good a friend Darcy’s been to Bingly by saving him “from the inconveniences of a most imprudent marriage,” confirming Elizabeth’s suspicions that Bingly’s disappearance was due to Darcy’s influence. Later that same night, Darcy ends up confessing he’s in love with her and proposing, acknowledging he’s doing so in spite of her family’s lack of merit. Elizabeth does not react well to this and rejects him on the grounds of his rudeness, his interference with Bingly and Jane, and what he did to Wickham. He leaves, but the next day gives her a letter rebutting her accusations. He reveals Wickham to have been a liar so successfully–Wickham tried to elope with Darcy’s sister to get at their family fortune–that Elizabeth even starts to forgive his interference in Jane’s engagement, and she becomes ashamed of the way she treated him.

Later, she goes to visit an aunt and uncle who want to tour Darcy’s estate, not knowing her connection to him. She agrees once she finds out he’s not there, and they listen to the housekeeper sing his praises. Then Darcy unexpectedly shows up and meets them. Elizabeth is shocked at how cordially he treats her aunt and uncle, people she expects him to consider beneath him. He introduces her to his sister. Then Elizabeth gets bad news from home: her youngest sister, the high-spirited Lydia, has run off with Wickham, and if they don’t actually get married this will be something that indelibly scars the family reputation. Since Wickham generally needs money and Elizabeth’s family doesn’t have it, things don’t look promising. Darcy comes in right after Elizabeth gets the letter and she ends up telling him what happened before she goes home.

After some time, Elizabeht’s uncle locate Lydia and Wickham and arrange a marriage between them that Elizabeth’s father has to pay so little of an allowance for that everyone assumes their uncle must have put a lot of money in himself to get Wickham to agree to it. Elizabeth eventually finds out from her aunt that it was actually Darcy who located them and put up the necessary money to get Wickham to marry.

Bingly eventually returns to Netherfield, and he and Jane are soon engaged. Lady Catherine comes to visit after hearing a rumor that Darcy and Elizabeth will also soon be engaged and is greatly upset because she believes that Darcy should marry her daughter. Elizabeth refuses not to accept a proposal from Darcy, should one be offered. Darcy eventually visits with Bingly, and when Elizabeth thanks him for what he did for their family, they confess their feelings to each other and get engaged. Though Lydia and Wickham sometimes hit them up for money, they all pretty much live happily ever after. The End.

“How despicably I have acted!” she cried; “I, who have prided myself on my discernment! I, who have valued myself on my abilities! who have often disdained the generous candour of my sister, and gratified my vanity in useless or blameable mistrust! How humiliating is this discovery! Yet, how just a humiliation! Had I been in love, I could not have been more wretchedly blind! But vanity, not love, has been my folly. Pleased with the preference of one, and offended by the neglect of the other, on the very beginning of our acquaintance, I have courted prepossession and ignorance, and driven reason away, where either were concerned. Till this moment I never knew myself.”

Now that she knows who Darcy and Wickham really are, she knows who she really is: someone capable of misperceptions because of her own vanity. But you can say this for Elizabeth before she has her character-revealing epiphany: she does not care about money or appearances, as so many of the women around her seem to, as much as she cares about principle. She does not seem to even momentarily entertain the idea of marrying Collins, despite the fact that it would return the house her family lives in to its rightful ownership and would ensure her family’s security (it would not have actually been that damaging to her character had she at least considered that reason). And she won’t entertain the idea of marrying upward if it’s someone she thinks is a jerk, even if he is super rich and handsome.

For most of the novel Elizabeth’s actions are all reactions. The novel is a skipping stone of episodes across time, the stone hitting the water every time Elizabeth meets Darcy. She meets him by chance when she visits Charlotte Lucas and Collins, which is when he proposes, then after that by chance when her aunt and uncle want to visit his estate. The novel is bookended by her meetings with him when he comes to visit Netherfield.

There’s an amalgamation of events that raise Darcy in her esteem from his low point, the low point being when Colonel Fitzwilliam confirms her suspicions of his interference in Jane’s engagement, right before Darcy proposes (bad timing on Darcy’s part, good dramatic timing on Austen’s part). There’s his letter of rational explanations that makes Jane re-see Wickham, then the housekeeper going on about how great Darcy is when they visit his estate (coupled with his cordial treatment of her aunt and uncle, which he later tells her he did specifically to redeem himself), and then what he does to save the family’s reputation in the wake of Lydia absconding with Wickham, which Elizabeth only finds out about from somebody else. Saving the family’s reputation is especially fitting since one of his initial problems was his treating her family like they were beneath him.

The use of Wickham is in large part what makes the novel’s plot feel so tightly woven. He and Darcy are foils; as one rises (in Elizabeth’s esteem and/or financial matters) the other must fall (or at least pay out). One wonders (if one is me) if Wickham was for Austen a narrative spandrel–someone she put in initially for Elizabeth to realize how badly she’d misjudged someone(s), but who then was able to be used in the plot in an unexpected way to complete the trajectory Austen had started in her initial use of him. It’s the detail in Darcy’s letter about how Wickham tried to elope with his sister that made me wonder if this gave Austen the idea later to have Wickham abscond with one of Elizabeth’s sisters, providing the perfect opportunity for Darcy’s ultimate redemption. It felt too perfect to be pre-planned.

The characterization is also a somewhat famous aspect of this novel–the ones that stick out the most are the ones of the worst characters: Lady Catherine, Lydia, and Elizabeth’s mother. Lady Catherine in conversation demonstrates how she considers herself more significant than everyone else:

“What is that you are saying, Fitzwilliam? What is it you are talking of? What are you telling Miss Bennet? Let me hear what it is.”

“We are speaking of music, madam,” said he, when no longer able to avoid a reply.

“Of music! Then pray speak aloud. It is of all subjects my delight. I must have my share in the conversation if you are speaking of music. There are few people in England, I suppose, who have more true enjoyment of music than myself, or a better natural taste. If I had ever learnt, I should have been a great proficient….”

My favorite characterizations of Mrs. Bennet and Lydia occur in both of their reactions to Lydia’s marrying Wickham. Even coming from a time when the idea of living with a man out of wedlock damaging that entire woman’s family’s reputations is, to say the least, absurd, I felt through the story what a terrible and selfish and significant thing it was Lydia had done. Elizabeth and her father immediately feel indebted to Elizabeth’s uncle when they think he must have put money up for the marriage, but when Jane raises this issue with her mother after she’s overjoyed at the prospect of Lydia’s marrying Wickham just because she’ll finally have a daughter married, her mother brushes it off:

“For we must attribute this happy conclusion,” [Jane] added, “in a great measure to his kindness. We are persuaded that he has pledged himself to assist Mr. Wickham with money.”

“Well,” cried her mother, “it is all very right; who should do it but her own uncle? If he had not had a family of his own, I and my children must have had all his money, you know; and it is the first time we have ever had anything from him, except a few presents. Well! I am so happy!…”

Then there’s Lydia’s behavior when she finally returns to the house with her husband.

“Oh! mamma, do the people hereabouts know I am married to-day? I was afraid they might not; and we overtook William Goulding in his curricle, so I was determined he should know it, and so I let down the side-glass next to him, and took off my glove, and let my hand just rest upon the window frame, so that he might see the ring, and then I bowed and smiled like anything.”

Elizabeth could bear it no longer. She got up, and ran out of the room; and returned no more, till she heard them passing through the hall to the dining parlour. She then joined them soon enough to see Lydia, with anxious parade, walk up to her mother’s right hand, and hear her say to her eldest sister, “Ah! Jane, I take your place now, and you must go lower, because I am a married woman.”

It really is an amazing feat that Austen can make a modern reader feel invested in circumstances fairly far removed from life now, but the stakes are clearly set, as are the emotions they invoke.

One thought on “Know Thyself”