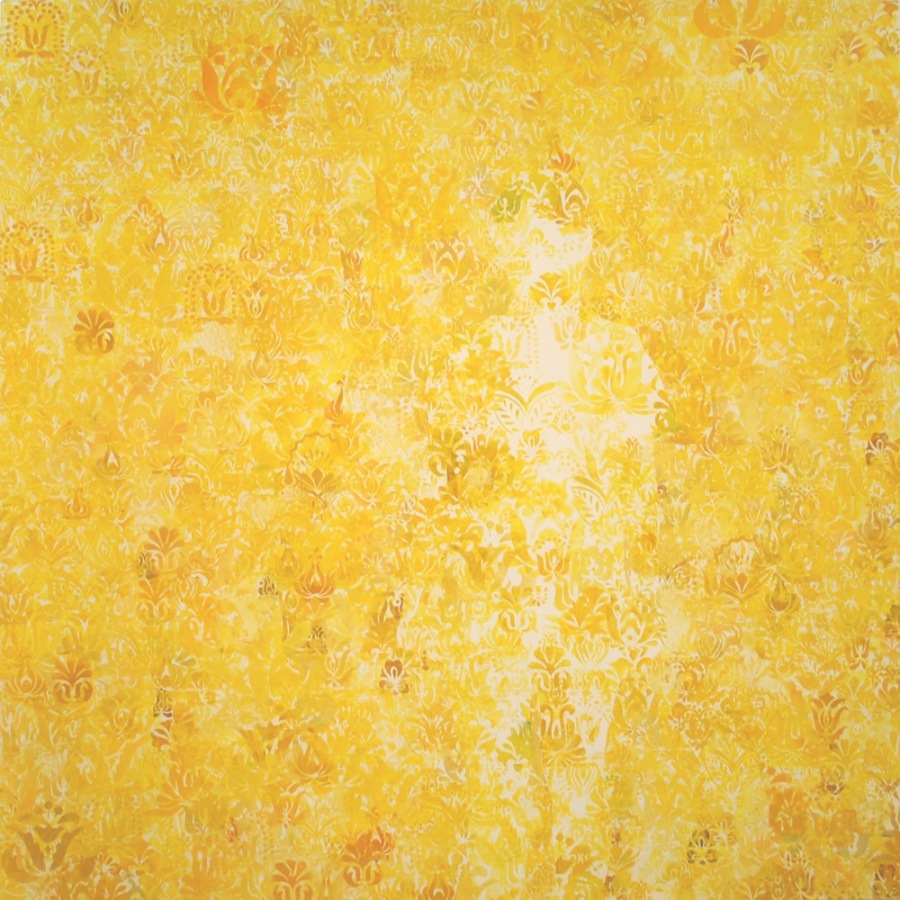 “The Yellow Wallpaper” by Charlotte Perkins Gilman is the story of an unnamed mentally ill narrator whose husband, a physician named John, has rented a summer home for them as part of her treatment. She is deprived of all stimulation except for the ugly yellow wallpaper that coats her bedroom, only able to write when she is sure no one (either John or his sister, Jennie) will catch her. John is incredibly dismissive of his wife, insisting that her condition is a “temporary nervous depression”, and that after some rest and fresh air, she’ll be as good as new. The months pass, and the narrator is continually agitated by the wallpaper, spending hours at a time examining it as her condition worsens—she claims it shifts depending on the time of day, and eventually asserts that it does this because there is a woman trapped inside who comes out at night to creep around. The last day of their stay, the narrator peels off the yellow wallpaper to trap the woman in the walls, arming herself with a rope and locking out everyone else by throwing the room key out the window. When John returns, the narrator tells him where the key is. When he unlocks the door, he faints—the narrator is creeping around the room on all fours, believing herself to be the woman in the walls.

The first technique I tracked was plot progression as shown through the writer’s personal opinions (in pink on the highlights). Since the story is in first-person, obviously a large portion of the story is the narrator’s inner monologue; however, I restricted my highlights to thoughts the narrator would want to conceal or descriptions of her worsening condition, specifically. The narrator leads a very restricted life to treat her illness, the theory being that rest and fresh air could cure her nervous troubles. This under-stimulation and forced rest was a real treatment many women in the nineteenth century went through, including the author, Charlotte Gilman—this story is based in part on her experience. Because the narrator is so closely monitored for signs of progress, it is only in her journal that she can safely express her feelings about her condition and her husband’s ideas. At first, her disagreements are with her husband concerning the efficacy of her treatment:

Personally I disagree with their ideas. Personally I believe that congenial work, with excitement and change, would do me good. But what is one to do? I did write for a while in spite of them; but it does exhaust me a good deal— having to be so sly about it, or else meet with heavy opposition. I sometimes fancy that in my condition if I had less opposition and more society and stimulus— but John says the very worst thing I can do is to think about my condition, and I confess it  always makes me feel bad.

The narrator longs to write and meet with other people, but her husband refuses. As the narrator is more and more upset by and fixated on the wallpaper, however, her private thoughts focus more on the wallpaper than her treatment—she believes she is improving, despite the fact that she doesn’t sleep at night and is seeing people walking through the grounds where there are none. She views John with more suspicion (that’s focused on in the next section) and guards her observations about her room very closely for fear of institutionalization. Bluntly, her private thoughts become much more paranoid and delusional as the story progresses.

I’m feeling ever so much better! I don’t sleep much at night, for it is so interesting to watch developments[.]

But I am here, and no person touches this paper but me—not alive!

The second technique I tracked was the characterization of the narrator’s husband, John, through her descriptions of him—and how that characterization changes throughout the piece (in green on the highlights). At first, the narrator is incredibly deferential to John (even if she does disagree with his ideas), refusing to contradict him or acknowledge her own resentment of him as valid. She sees him as her knight in shining, pragmatic armor.

He is very careful and loving, and hardly lets me stir without special direction. […] he takes all care from me, and so I feel basely ungrateful not to value it more.

John is incredibly controlling of his wife, all in the name of treating her illness. He uses his authority as a physician to prevent his wife from getting what she wants, and she has no way to combat this due to her condition and her place as a subservient wife. One of the reasons I tracked this technique was because it struck me as odd my first read-through that this narrator, who seems so confident (at least at the start of the story), would be so deferential towards someone who obviously never takes her seriously. John treats his wife like a petulant child instead of a grown woman, going so far as to call her a little girl at one point

“What is it, little girl?” he said. “Don’t go walking about like that— you’ll get cold.”

Ironically, this militant you’re-going-to-get-better-because-I-say-so attitude leads directly to the narrator’s deterioration—he ignores his wife’s pleas to get rid of the wallpaper, and she ends up fixating on it to the point of insanity.

At ﬁrst he meant to re paper the room, but afterwards he said that I was letting it get the better of me, and that nothing was worse for a nervous patient than to give way to such fancies.

As the narrator grows more paranoid because of the wallpaper, she is more suspicious of John’s intentions, though he is ostensibly the same skeptical pragmatist he was at the start of the story. The more the narrator hides from her husband, the less she trusts his judgment.

I believe John is beginning to notice. I don’t like the look in his eyes.

He asked me all sorts of questions, too, and pretended to be very loving and kind. As if I couldn’t see through him!

I think Gilman’s use of her protagonist’s relationships to other people, as well as her relationship to herself, is a brilliant way to subtly guide the reader through the story without overloading them with exposition or heavy-handed dialogue. By the time the narrator states her mistrust of John outright, the reader is already primed to agree with her because of Gilman’s skillful characterization. The narrator’s whimsical, willful personality is apparent from paragraph one, which is what led me to pick this story in the first place—a cursory glance at the first page completely drew me into the story. I love it when narrators talk directly to the reader (probably a byproduct of my being raised on several Snicket-esque children’s series), and Gilman also used it as a way to explain the narrator’s secrecy around writing—in a way, the reader becomes the narrator’s confidant.

Writing exercise: Write a story using a narrator who believes that they’re something they actually aren’t.