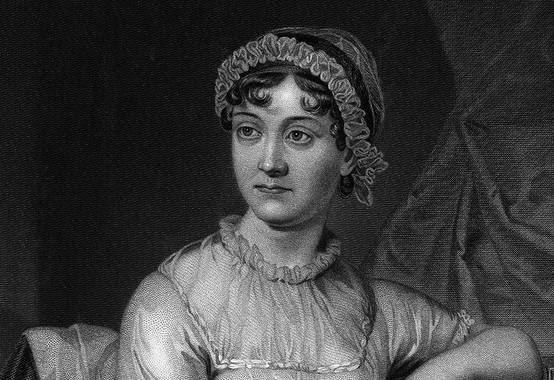 Curtis Sittenfeld has proven herself a versatile novelist with such projects as American Wife (2008), a narrative from the point of view of a character based on former First Lady Laura Bush. Sittenfeld’s most recent novel, Eligible (2016), is a compulsively readable modern retelling of Jane Austen’s Pride and Prejudice, set in Sittenfeld’s native Cincinnati; it is part of The Austen Project launched by HarperCollins, one of six Austen retellings by different authors.

In this novel, “Eligible” is not just the name of a thematic abstract concept, but of a reality television show most will recognize as The Bachelor. The show appears by the novel’s second line:

Well before his arrival in Cincinnati, everyone knew Chip Bingley was looking for a wife. Two years earlier, Chip–graduate of Dartmouth College and Harvard Medical School, scion of the Pennsylvania Bingleys, who in the twentieth century had made their fortune in plumbing fixtures–had, ostensibly with some reluctance, appeared on the juggernaut reality-television show Eligible.

Chip ended up choosing no one, and is thus still single when the five Bennet sisters–Sittenfeld uses almost all of the characters’ original names from Austen–are all gathered in their childhood home in the wake of their father’s heart attack. It’s actually only Jane and Liz, the two eldest, who need to come home, in both cases from New York City, where Jane is a yoga instructor and Liz is a writer for women’s magazine Mascara; Mary, Kitty, and Lydia all still live at home with no apparent intent to ever leave. One element adjusted for the modern retelling is age: Jane, pushing being an old maid at 23 in the original, is now pushing forty, and Liz is thirty-eight. (The youngest now, Lydia, is the age the eldest was in Austen’s, which tells you something about how modern marital expectations have evolved, age-wise.) Mary racks up online master’s degrees while Kitty and Lydia are into the CrossFit craze, and Mr. and Mrs. Bennet have racked up debt by living beyond their means–Mrs. Bennet has a catalog shopping addiction–and the fact that Mr. Bennet didn’t have health insurance to cover his rather extended hospital stay; he’s never really worked except to “manage” his now dwindling inheritance.

At a Fourth of July barbecue hosted by the Lucases, the Bennets meet Chip and his friend, Fitzwilliam Darcy, whom Liz almost immediately hears snobbily denigrating Cincinnati–despite the fact that he now lives there himself practicing medicine after having gone to Harvard med school with Chip–and also denigrating herself in particular. Following closely with the original story, she develops a passionate hatred of him; following less closely, she eventually starts having hate-sex with him after they routinely run into each other on their runs.

Chip and Jane start dating and all goes well until Jane learns that the artificial insemination she was attempting before she left NYC for Cincinnati has finally worked, causing Chip to leave abruptly to film a reunion season of Eligible. Liz has to deal with trying to convince her very stubborn and image-conscious country-club parents to sell their house in order to pay off their debts, all the while trying to work long distance on a profile of the feminist Kathy de Bourg for her magazine. Their step-cousin Willie, a Silicon Valley millionaire, comes to visit, and hits on Liz, who rejects him in disgust, to her mother’s chagrin. Shortly afterward, Charlotte Lucas ends up moving out to California to live with Willie. Then, when Liz’s pseudo-boyfriend Jasper Wick–Jasper is still married to his wife because her grandmother will disown them and their son won’t get his inheritance if they divorce–comes to visit, it turns out that Jasper and Darcy know each other from their undergrad days at Stanford, and they have differing accounts of the reason Jasper ended up getting kicked out. Jasper’s generally abominable behavior becomes suddenly glaringly obvious to Liz, and she breaks it off.

Liz is finally getting ready to head back to New York (by way of Houston where she will interview Kathy de Bourg for her article) when Darcy comes by to tell her he’s in love with her despite her horrible family (Kitty and Lydia are egregiously vulgar in this version) and a bunch of other personal insults, including that his feelings might just be due to sex hormones. Liz duly rejects him, and he leaves her a letter explaining himself and making Liz question her previous perspective. Then, Charlotte Lucas calls distraught about things with Willie, so Liz goes to visit her before going home. When they end up swinging by Darcy’s absurd childhood estate to check it out, Darcy turns out to be there, and treats them surprisingly cordially, giving them a tour. Liz finds her feelings for him changing as they socialize more and she meets his sister. He asks her to a one-on-one breakfast that she has to leave suddenly because her family has an emergency that marks probably the biggest divergence from the blueprint of the original plot: Lydia has run off to marry not Jasper Wick, but her CrossFit instructor, Ham. The reason this is a problem is because it turns out Ham is transgender, which their parents are not so okay with (far from it). Darcy is clearly miffed Liz has to rush off because of this, but drives her to the airport.

Liz later gets a text from Darcy’s sister saying she’s probably “heard about him and Caroline,” Chip’s bitchy sister, causing Liz to assume they got together, and once she resumes her life in New York after Lydia returns married, she tries to put Darcy out of her mind. Her profile of Kathy de Bourg comes out and is well received. Jane is staying in upstate New York with some friends during her pregnancy, and one night out of the blue Darcy texts saying he’s in town and would like to have dinner with Liz and Jane. When they show up, Chip is there, and later that night proposes to Jane. Liz, meanwhile, treats Darcy coldly because she assumes he’s with Caroline. She later puts together that Darcy is the one who convinced her parents to become more accepting of the transgender Ham by explaining Ham’s identity as a function of his brain chemistry; though this leads Mrs. Bennet to repeatedly claim being transgender is a “birth defect,” she no longer shuns the couple.

Eligible has agreed to pay for Chip and Jane’s wedding if it’s aired on television, so the whole Bennet clan heads out to California to be filmed, including Ham and Kitty’s new boyfriend, Shane, the realtor who helped Liz sell the house. Liz is Jane’s maid of honor while Darcy is Chip’s best man. The producers try to incite tension between Liz and Caroline, bait that Liz initially resists. When Caroline confronts her and says Darcy should be hers, Liz realizes Caroline is not actually with Darcy and confirms that she misinterpreted the text from Darcy’s sister. After the wedding the next day, Liz whisks Darcy off to a corner, turns their mics off, and proposes to him; he accepts. And everyone lives happily ever after, though the Bennet parents end up renting a townhouse instead of buying one outright with the leftover proceeds from the house sale so they can continue paying their country club dues. The End.

So, as mentioned, one major blueprint deviation is adding a new character to fill the role of Lydia’s husband rather than using the one that’s Liz’s love interest (potential love interest in the original) and Darcy’s rival; another fairly big change is the role of Kathy de Bourg, who’s quite relegated to the margins here and does not turn out to be Darcy’s aunt. She seems to play no direct role in the plot, which is admittedly somewhat disappointing. Her profile gives Liz something to be working on while she’s at home, though working on this in particular doesn’t change anything in terms of what happens, and her role is largely thematic in a marked reversal of the type of woman she is, shifted from snob to feminist. Kathy de Bourg plays a semi pivotal role in the original when she confronts Liz near the end about her potential engagement to Darcy; in the retelling, this confrontation is given to Caroline, which did feel appropriate.

Another change is the treatment of Mary; while still fulfilling the role of isolated middle child, stuck between the pairs of the younger Kitty and Lydia and the elder Jane and Liz, each of whom is strikingly similar to their counterpart, Mary is fleshed out more in the retelling than in the original. She goes somewhere on Tuesday nights but nobody knows where until Kitty follows her after she and Kitty are forced to move in together following the sale of the house and finds out she’s in a bowling league. This would seem to eradicate some of Mary’s intrigue, but then Sittenfeld gives Mary her own chapter very near the end of the book where we see things from her point of view, like how shallow she finds her sisters–particularly their need to couple off. Mary long ago figured out she enjoyed life more without a partner, and through giving us her point of view, Sittenfeld shows us she’s not a figure to be pitied.

All in all, the characters are just as well drawn and as consistent in the original; maybe it was just being a reader with a more modern frame of reference in general, but Mr. Bennet in particular came off as a worse person in his general unwillingness to take any sort of necessary action than I recognized him to be in the original. Mrs. Bennet was pretty much equally bad in both. Lydia was bad in the original and certainly vulgar and to an extent shallow and lazy in the retelling (“‘Some of us can get by on our good looks,'” she tells Liz when Liz asks if she even has a resumé), but while she remains horrible through and through in the original, asking Liz and Darcy for money after her marriage to Wickham, she’s redeemed in the retelling through the character adjustment that has her marrying the transgender Ham instead of the jerk Jasper Wick, though both versions of her marriage show her to have an utter disdain for general convention. The house also becomes more of a character than it was in the original; it has to be sold because of the Bennets’ irresponsibility with money, but it’s also in a state of significant disrepair, seemingly symbolic of how conventional traditions are crumbling; the desires of mothers of a certain class to have their daughters marry wealthy men still exists over two centuries after Austen, but reside on shaky foundations.

The reality TV show was an especially useful device to comment on the fact that while certain expectations about marriage have changed (as demonstrated by the characters’ age differences between versions), marriage itself is still a significant cultural preoccupation. One of the things I found a little disappointing was that once Liz works through all her misconceptions about Darcy and confesses her feelings for him, that confession leads to an immediate marriage proposal. That felt a little unnatural for modern times. How about you try functioning in an affectionate relationship first for awhile and then discuss marriage? That felt like it would have been more true to trends in modern times (as Charlotte’s running off to live with Willie with no discussion of marriage did). On the whole though, the book was enjoyable to read, in addition to being a creative and interesting literary experiment.